Private Internet Access (PIA) is a VPN service that was initially released in August 2010 by London Trust Media, Inc. It functions outside the United States who believes it is straightforward to manipulate social media. Under the pressure of protecting internet users from the US spy operation, they produced a product which considers the safety and solitude of the public crucial. PIA gives its potential clients reasonable packages if they register for these packages annually. That’s why they have been attracting more and more supporters. Not only PIA offers cheap prices, but also, according to the common consent of users, does it work effectively; and there isnt any complaint about P2P notices or logged activities. In addition to that, they satisfy almost all demands and can maintain acceptable speeds on most of their connection points, though their service isn’t globally covered.

If you are on a tight budget, Yearly Package is the perfect choice for you. You just have to pay $3.33 per month but can use really worthy services offered by PIA. Besides, they also accept other mpayments such as: Bitcoin and gift cards.

With an easy as pie installation, eye-catching design and uncomplicated to handle, PIA awed internet users from the beginning. Also it can work normally on all operating systems.

Possessing more than 900 servers over 10 countries with satisfying quality and size makes them one of the speediest services. They are available in PPTP, OpenVPN, IPSEC/L2TP protocols and contains a SOCKS5 (Proxy), you have full permission to customize the encryption. The balance of speed and security are also able to be set up personally by picking up handshake encryption mode and data authentication method from 128 to 256-bit encryption.

All of those makes PIA a flexible service, helping us establish a business or a local area (home) network with personalized display and security.

PIA includes many guides to asisst you to set up OpenVPN and for people who search for Linux or configure routers. Despite lacking applications for mobiles, they offer softwares on Mac Os and Window.

Steady speeds of 14.5 mbp/s on 15 mbps Bell fiber line is the result of out experiments on all of the servers. But their stability also depends on which protocol is used and their location. A lot of effort has been made into providing best services such as contributing Tier-1 Gigabit servers proves their commitment to have the fastest speeds approachable. Video streaming fans and game players can experience the greatest of both worlds just by turning UDP on. Users are also able to adjust gateways effortlessly and no bugs were found while checking the system.

When it comes to protecting customers’ information, PIA stands at the first rank as they don’t keep any selection of traffic data or any logs and only data which is under a legal order from the court is contributed to customers. They also have advice to users who are searching for a greatest amount of privacy, which is to use Bitcoin and unidentified email addresses for transacting money. It is highly recommended that you should use Bitcoin or merchant gift cards payment methods in order to maintain unknown even when you have to pay for their service.

PIA has a variety of features, but in here we want to focus on OpenVPN first. It is strongly advisable to use OpenVPN when you can have the strongest security. There are options which internet users can select whether highest safety connections with low speed or vice versa. Moreover, you are given permission to modify handshake encryption protocols, encryption type and data authentication. Also, a brief collection of the most common picks is made following these given presets:

A greatly protected Blowfish CBC algorithm is applied to encrypt Dynamic IP Cloaking, so it’s secure in all sections of the web, even the perilous ones. Data mining is prevented by DNS leak and identity protection. Greatly protected Swiss gateways reinforces identity security. The filtering choices of integrated firewall and encrypted Wifi is the same as Netfilter Project. Auto-disconnection security allows you to cut your connection off in order to protect all of your data from any harm.

Although there were hundreds of servers added last years, PIA is continuously in search of opportunities to strengthen their power by adding new centres in presently unapproachable countries. However, don’t you worry if there is any problem with their speed, just in a few months they expanded their services over 9 countries with more than 800 servers, and continued adding over 100 servers in a new country right after that!

So, if you run into any problem at any time, just need to knock their door. They offer help 24/7 and you will get their replies immidiately. Yet they don’t completely support device setup, but they will give you a detailed and clear setup guide to help you get through it. 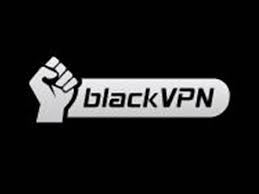