The COVID-19 pandemic, apparently, is not enough to keep good people busy all the time as a new threat has emerged.

Recent reports suggest that hackers in cyberspace have started to take advantage of the pandemic and launched various malicious campaigns to disrupt efforts to contain the pandemic as much as possible.

More specifically, hackers have targeted, what the report calls, critical infrastructure of various organizations that have increased their reliance on online networks to get work done.

Such organizations include hospitals and research centers. The new malicious techniques are meant to deceive and cheat organizations and people into giving up sensitive information via which hackers can steal and profit without much retaliation.

Needless to say, such attacks are markedly more dangerous this time around as a lot of lives are at stake because of the pandemic. 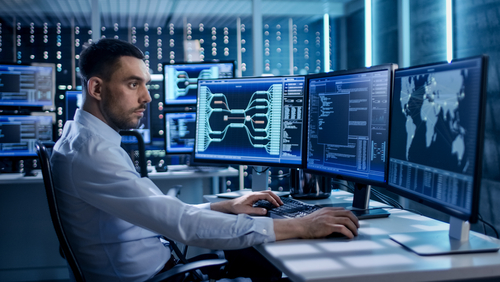 Of course, very little of it matters to cybercriminals who are ramping up their efforts against security professionals in the information technology industry.

In turn, security professionals all over the world are now coming together to launch their own defensive campaign.

The thing about cyber warfare is that everything is quiet and uninteresting outside the network. Inside the network though, cybersecurity experts have to fight wars on a daily basis in order to keep critical systems running and keep hackers’ efforts to destroy the normal working condition of a given organization at bay.

One such alliance goes by the name of COVID-19 CTI League which is a nonprofit organization and mainly consists of white hat hackers. Most of the 1400 members of the organization are volunteers spread across 22 time zones and 76 countries. They come from different industries such as law enforcement, telecommunications, and information security.

As far as the goal of such an alliance is concerned, the group has said that it wants to disrupt and destroy criminal organizations and their efforts to attack critical healthcare systems including those present at various hospitals that have to rely on them in order to progress treatment of COVID-19 patients.

One senior member of the newly-formed CTI League, Marc Rogers (who also serves as an executive director at Okta, a cybersecurity software firm), recently gave an interview to The Hill and mentioned he had great optimism regarding the fighting ability of security professionals to thwart malicious actors even during a pandemic.

He said that a literal army consisting of information security people had formed communities and protected critical establishments.

Furthermore, he said that even though the cybersecurity industry had not witnessed any catastrophic situations, that did not mean hackers had stopped trying.

Instead, he pointed out, society should give credit to cybersecurity professionals who have been proactive for the better part of the pandemic. He also said that there were a number of groups who had started to launch their own defensive maneuvers to combat hackers.

As mentioned before, the CTI league is a new cybersecurity group that came into existence in the early part of March 2020. However, the group has been able to input a lot of work towards its objectives and has grown as a result. The members have taken very little time to quickly set things up and defend systems that they feel have vulnerabilities against the most common types of cyberattacks.

The group published a report a few weeks ago and in it, the group mentioned that it had helped various law enforcement agencies take down cybercriminal assets numbering over 3000. Moreover, the group also identified well over 2000 cybersecurity-related network vulnerabilities at various health care supporting and group facilities in addition to hospitals.

As mentioned before as well, the CTI League is just one of the many newly-formed groups that have popped up in the past month or so to address the escalating problems of hackers trying to take advantage of the pandemic to attack critical services.

Another such group, C5 Capital, last month took another initiative and launched the Cyber Alliance to Defend Our Healthcare.

C5 Capital previously managed other cybersecurity portfolios via which it began to notice a sudden spike in the number of cyberattacks on health systems in the United Kingdom and Sweden.

As a result of the increased activity, it launched the above-mentioned new group. Currently, the group consists of more than a dozen groups working in the cybersecurity industry. Such groups have a good track-record of sharing their skills in order to enhance the defensive capabilities of their healthcare systems.

Andre Pienaar, the founder of the C5 group, talked with The Hill and mentioned that their group had started to get calls from various countries across Europe with complaints regarding the increased number of cyberattacks since the beginning of March.

He further added that the group started to take action and launched its transatlantic effort in the form of Cyber Alliance to Defend Our Healthcare.

Pienaar mentioned that his group was providing cybersecurity solutions to crucial organizations such as clinics and hospitals across Europe.

Similar to medical workers in healthcare facilities, IT staffers are usually overworked. But that doesn’t stop them from providing more support during a pandemic like COVID-19. Pienaar said that such workers needed additional protections. 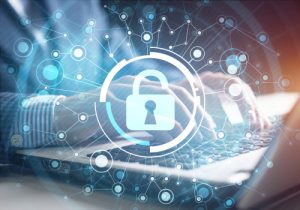 The US Health Department along with the WHO became the first two health agencies that hackers targeted back in March.

In other words, no organization is safe.

On the other hand, both Pienaar and Rogers remain optimistic about their efforts in making the internet a safer place. 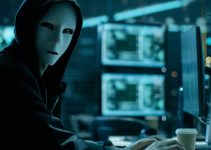