Thanks to its ease of use and practical features, Dropbox is still a leading solution for cloud storage and file syncing, in spite of the appearance of new competitors in the industry. Dropbox offers many advantages including Microsoft Office integration and an easy option to capture screenshots. Unfortunately for users in China, Dropbox has been blocked in the country for over 5 years. In an attempt to defeat the blocks, Dropbox started using the HTTPS protocols for secure communication in 2014. However, the Chinese government responded by blocking access to Dropbox’s HTTPS addresses, resulting in a complete ban on the service. Given that Dropbox is such a practical tool for work due to its functionality and collaboration capabilities, not being able to use the service has been a challenge for residents in China.

The block imposed on Dropbox, means that users in China are not able to access data stored on this service. While the Great Firewall is strong and wide, its implementation is inconsistent and it is possible to defeat it. Using a VPN will enable you to bypass restrictions and get access to services and websites that currently banned in China. However, it is important to keep in mind that since the Chinese authorities are aware of the fact that VPNs are used to overcome the blocks, they have targeted these services as well. The websites of many VPN providers have been restricted and Google Play is blocked, meaning that downloading Android solutions from this platform is not possible.

Thankfully there are ways to overcome these obstacles. If you are currently planning a trip to China, the best option would be to download and install the VPN software before you leave. Users who are currently in China can still find VPN providers that haven’t been blocked yet. Otherwise, they can try to contact the provider of their choice directly by email. It is very likely that their email domain is the same as their website so you can try to send them a message using something like [email protected] or [email protected] and the name of the provider, for instance [email protected] Once you reach out to the provider you would like to use, they will probably reply with purchase and setting up instructions.

After signing up for the VPN and installing the software, you will be able to connect to a server outside China to access the services and websites that are blocked there. This includes Dropbox, Gmail, Google Play, Facebook and Twitter. You will also have the chance to browse websites, or stream popular content that is only available in countries like United States and United Kingdom. Additionally, a VPN protects your data with encryption, making sure that it can’t be monitored by your ISP, government organizations, or other entities. In this list, you will find the

Best VPN services to get access to Dropbox in China.

ExpressVPN offers fantastic speeds for streaming, gaming, as well as uploading and downloading data. Their VPN desktop and mobile apps are excellent so you can expect seamless performance across all your devices. ExpressVPN has servers in 87 countries, including countries that are known for having some of the most popular content available such as the US and the UK. ExpressVPN will help you to keep your data protected as it offers strong encryption. Overall, the speed, security and reliability of ExpressVPN are a powerful combination to access Dropbox in China.

Golden Frog’s VyprVPN is a fantastic choice for users in China who wish to access banned services like Dropbox, thanks to its exclusive Chameleon feature. This technology is set to cover the fact that a VPN is in use, giving you the ability to bypass firewalls and Deep Packet Inspection effectively. VyprVPN provides a high level of encryption and it has servers in over 50 countries so you will enjoy a versatile experience browsing, or streaming data.

High technology and advanced servers allow TorGuard to be another excellent choice for Dropbox users in China. With TorGUard you can bypass censorship without issues because it has adapted obfsproxy for OpenVPN, which makes VPN traffic appear as HTTP traffic. Blocking HTTP traffic is almost impossible, therefore you will be able to defeat the Great Firewall using TorGuard. They have servers in over 50 countries, including United States, Japan, and Hong Kong, which would be handy for those in China.

NordVPN is a Panamanian provider that has gained the favor of many customers who want to protect their online data with the highest level of security. They have a solid no logs policy and offer Double VPN, so you can enhance the security of your connection even further. NordVPN also has dedicated servers for streaming and their Tor over VPN solution will allow you to bypass censorship and add the ultimate level of protection to your privacy.

Based in Hong Kong, PureVPN is a reliable and affordable option that lets you bypass restrictions and connect to more than 500 servers in over 140 countries. The impressive global coverage is combined with efficient speeds, great features for streaming and security that will protect your data from surveillance, malicious attacks and more. The service is easy to use and it offers functions to ensure that you can easily find the fastest server to connect to. 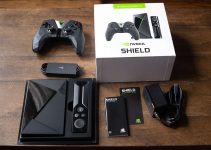